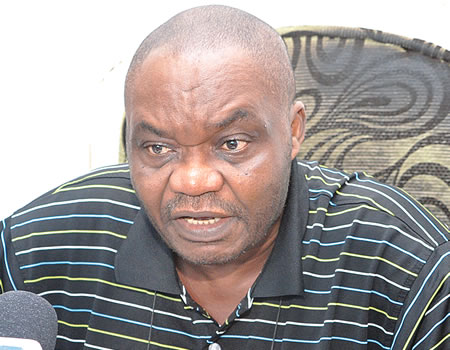 A former Commissioner for Information and chieftain of the Peoples Democratic Party (PDP) in Edo State, Hon Charles Idahosa has called on the opposition All Progressives Congress (APC) to deceiving the people of the state and members of its party that would reclaim the state.

Idahosa was reacting to the recent Supreme Court judgment that quashed the case of certificate forgery against Governor Godwin Obaseki where he alleged that leaders of the APC had boasted to their members that they would win the case.

He told Vanguard yesterday that “We want to thank the Supreme Court for standing by the truth but I want to make a very serious appeal to the APC leadership in the state, they should stop misleading our people because you cannot continue to feed your followers with lies and fables.

For the past two or three weeks they have been jubilating, infact they even sew clothes, they killed cows in anticipation that they have won. Who gives them those kinds of stories I don’t know because even a 100 level law student should know that there is no case there.

“Whoever wants to be governor should wait till 2024 so all these going through the back door to become governor will not work. Look at what the Appeal Court said a few days ago, it said they were trying to squeeze water out of the rock. In a few weeks now, they will release another story and our people keep following them sheepishly. The first claim they will win the election, and then they said the court will reverse it but I can tell you that nothing will happen, they should wait till 2024”