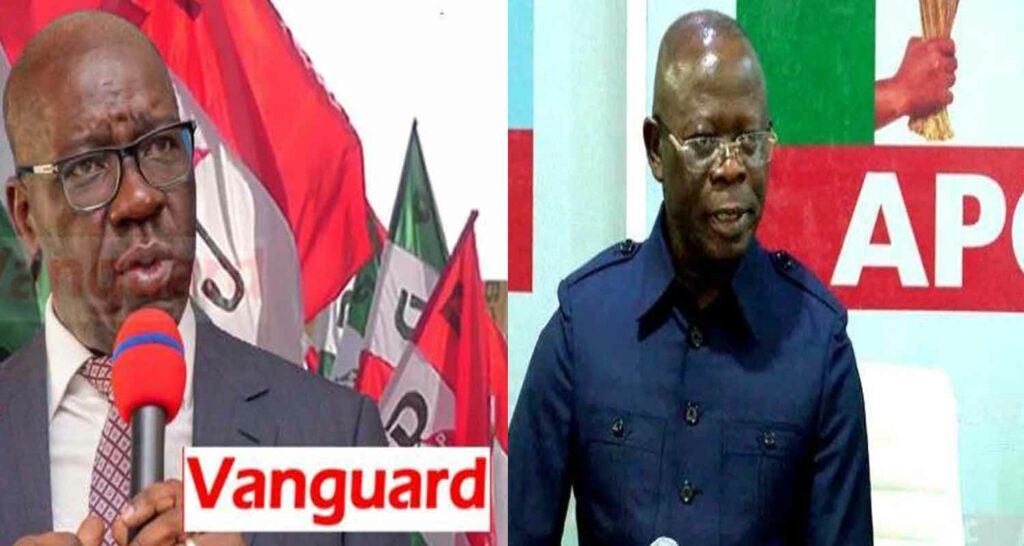 FORMER governor of Edo state and former National Chairman of the All Progressives Congress (APC), Comrade Adams Oshiomhole has congratulated Governor Godwin Obaseki on his recent victory at the Supreme Court over his alleged certificate forgery.

A letter written by Oshiomhole to Obaseki and made available to newsmen by his media aide, Victor Oshioke reads: “Congratulations on your victory at the Supreme Court which has effectively laid to rest all matters arising from the last election.

“As I had repeatedly reminded you during our several meetings, our relationship has through the years developed beyond being friends to being brothers of different parents. Whatever happened is unfortunate and I believe God has reasons for everything.

“I have put all behind me and moved on. As I have consistently advised, please be magnanimous in victory. You are the Governor of all Edo people regardless of political leanings. Once again, congratulations Excellency! Please accept the renewed assurances of my very best wishes and high regards.”