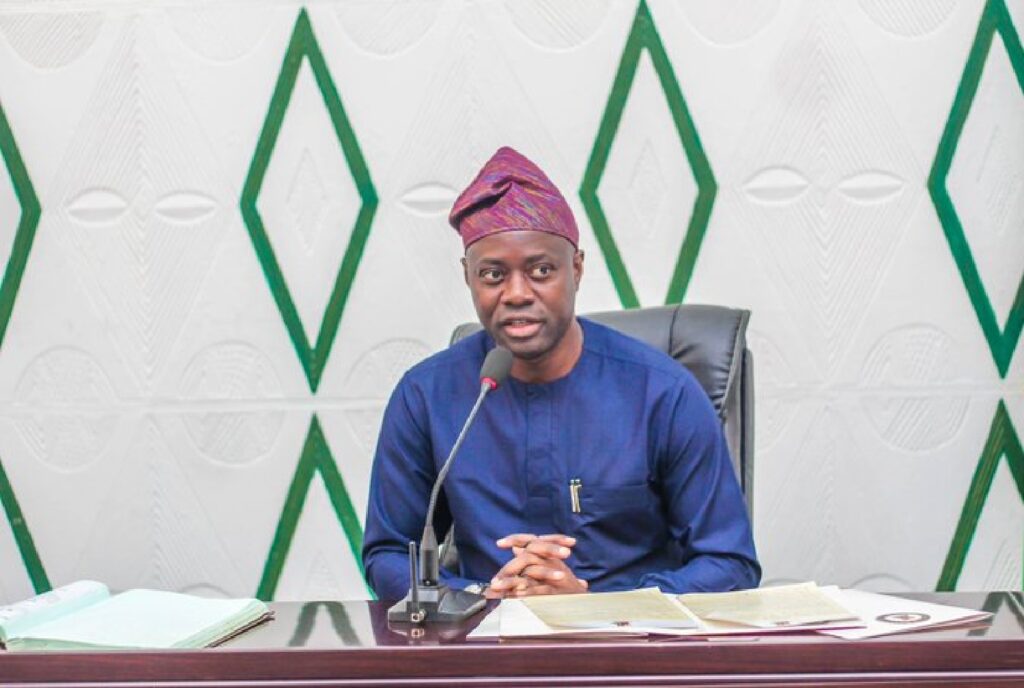 Poised to introduce an integrated approach to governance in Oyo

Governor Seyi Makinde of Oyo State, Friday, said government agency could not continue to run in silos, just as he said, he is more determined to introduce an integrated approach to governance in the state.

The governor, in celebrating his two years in office, stated this, while he was commissioning the Start Them Early Projects (STEP), at the Methodist High School, Toll-Gate, Ibadan.

Makinde said, the STEP, an initiative of the International Institute of Tropical Agriculture (IITA), which would create a new generation of agropreneurs, is aimed at impacting youths in agribusiness with the potentials of expanding the economy of the state, which will also encourage youths’ interest in agribusiness which is a catalyst for expanding the economy of the state.

According to the governor, one of the issues affecting agriculture in Nigeria was that farmers are getting old, adding, that if the government did not address the issue of getting younger people into agriculture, the country would run into food security challenges in the nearest future.

He said: “One of the things this project has taught us is the importance of synergy at all levels. This project is alive today because we chose to work with IITA, a development agency on this project. And I must pause to give kudos to Dr Saginga, the DG of IITA for choosing Oyo State to launch this project in Nigeria.”

“Aside from the good work that comes out of working with development partners, I must mention the good result of the inter-agency partnership. STEP is an agribusiness project but it runs in a school that is domiciled in the Ministry of Education. So, if this project is to continue, it will require further partnerships. For me, that is the future.”

“Government agency cannot continue to run in silos. We must choose an integrated approach to governance, which is exactly what we are doing in Oyo State. So, with STEP, we are creating a new generation of agropreneurs. One of the big issues affecting agriculture in Nigeria is that our farmers are getting old. If we do not address the issue of getting younger people into agriculture, we will run into food security challenges in the nearest future. So, this is our way of addressing this challenge.”

“I want to also appreciate the efforts of the old students of this school for picking up the challenge to support the government. My position has always been that the government alone cannot do the work. And because you saw what the government is doing and came to support, it is commendable. So, I especially thank you for the good work you are doing.”

“I am delighted to be here today at Methodist High School to formally commission the STEP programme in the school. It is exciting what these kids can accomplish when you give them an opportunity. This is why, in Oyo State, we remain committed to providing access to education,” Makinde posited.

Earlier, IITA’s Deputy Director-General on Partnerships and Delivery, Dr. Dashiell Kenton, expressed appreciation to the state government for providing an enabling environment to establish this initiative.

He said the programme has laid a solid foundation in transforming the students into global entrepreneurs in agriculture, noting that the programme would not only reduce the number of out-of-school children in the state but also allow them to complete their secondary school education and even further their academics with income generated in the school agribusiness clubs initiated within the program.

Vanguard recalled the state government committed the sum of 1.2 million US Dollars for the commencement of the STEP in six selected secondary schools across the six geopolitical zones of the state.